A night of celebration at our annual Christmas party 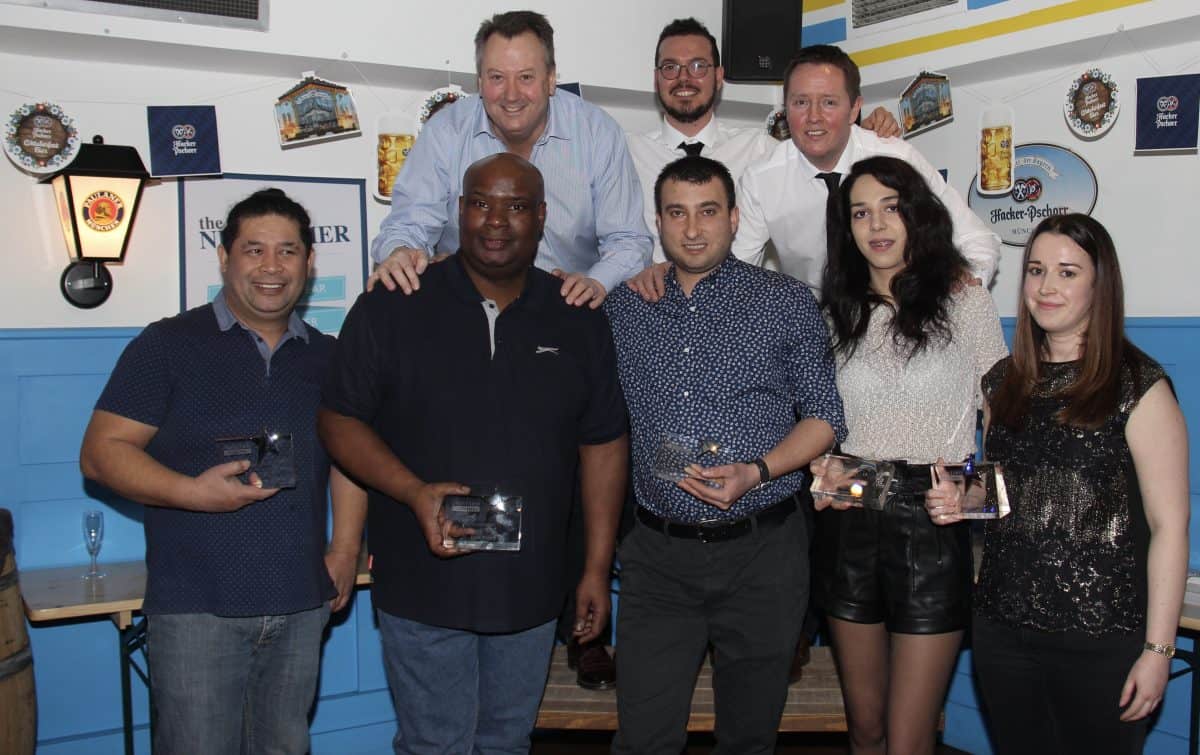 Mustard Foods celebrated a successful 2019 at our annual Christmas Awards party with a few prizes, a moment with ‘Ant and Dec’ and a fair amount of bad dancing.

Heading to the Munich Cricket Club in Victoria for a night of celebrations, HR Manager Adrian McCaffrey and Production Manager Edgar Solis got the ball rolling as they entertained with their best Ant and Dec impressions.

On a par with some of the night’s dance moves, at least the live music, food and thirst-quenching beverages raised the roof.

Attended by most of the Mustard Foods team and their partners, the evening was also about paying tribute to the best that the company has to offer.

The yearly awards, from Newcomer of the Year to Team Player, were presented by our Managing Director James Robins.

“It is always an honour to publicly acknowledge the commitment and spirit of Mustards’ employees,” he said.

“Year in and year out our team personnel rise to the challenge from newcomers to those who have been around for years.

“While this evening’s awards put the spotlight on just a few, I wish to thank everyone at Mustard Foods for their contribution to the company and our ever-improving standards of excellence.”

Newcomer of the Year:

This award goes to the person, or persons, who joined the company in 2019 and represents our values as well as being a team player.

Awarded to the person who has the five attributes of believing in people; quality – what we do, we do very well; progression – continuously advancing in everything we do; integrity – always open, honest, ethical and fair; and prudence – take time, thought and care.

This award is given to the person who best represents the three key attributes of humility, hunger and people smarts.

If you are interested in joining a growing business based in South West London send us your CV.

Latest from our blog

Mustard Foods is a growing food production company based in Wimbledon, London. We offer innovative and bespoke food products to a number of expanding restaurant groups in the United Kingdom. We personalise, develop and produce a range of products to suit each customer’s specific needs and requirements.